Climate change is leading to longer summer periods, warmer water temperature, and often less light reaching rivers due to greater plant growth along river banks. Human impacts, such as industrial development and land clearing, are also increasing the concentrations of nutrients in some Arctic rivers.

Ryan and colleagues from the Climate Impacts Research Centre at Umeå University have been investigating what may happen to Arctic rivers in northern Sweden due to these changes. To do this, they have been assessing what currently controls the productivity of rivers, including seasonal changes in temperature, light and nutrient availability. Using this information they can then predict how river productivity may respond to future global changes.

“We studied the growth and respiration of microorganisms, particularly the algae and bacteria which grow in Arctic streams, because they provide the energy that the aquatic food web needs and give an idea of the overall river productivity” says Maria Myrstener from the Climate Impacts Research Centre at Umeå University. 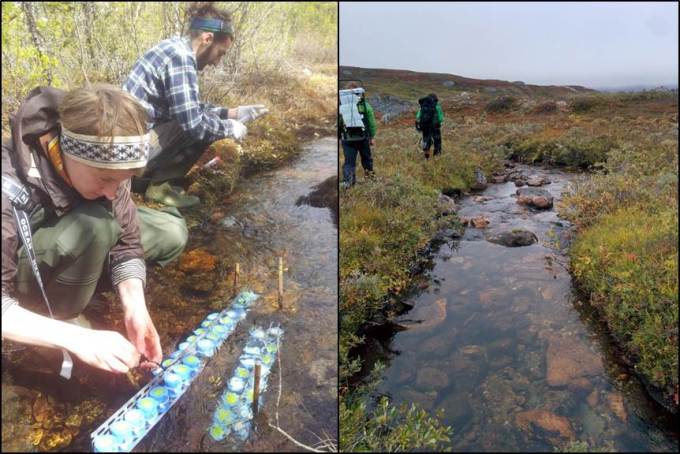 First, the growth and respiration of microorganisms in Arctic streams were strongly constrained by the low nitrogen concentrations in river water. The strength of the nitrogen limitation suggests that Arctic freshwater productivity may be extremely vulnerable to future environmental changes that increase or decrease nutrient supply. An increase in stream nitrogen concentrations, for example, will increase the growth and respiration of microorganisms and could alter the ecology of Arctic rivers.

All-in-all, the nitrogen concentration of Arctic rivers appears to be instrumental in mediating the future impacts of climate change on river productivity. Our findings suggest that in the absence of an increase in nutrients, river productivity is probably less sensitive to the expected climate-related environmental changes in the Arctic region, such as elevated water temperature, longer growing periods, and increased plant growth.

This study highlights that the ecosystem effects of climate change are not always straight forward. In the Arctic, predicting how climate change may alter river productivity will require a better understanding of how nutrients concentrations will change in the future.

This work has been published in Global Change Biology: