Just for a moment, let’s consider what might happen if temperature rise actually improves conditions, because that’s exactly what we predict might happen in our recent study – for some animals, in some places, at least. But we also argue that it’s not necessarily a good thing…

We show that warming seas may improve the grazing performance of some coastal animals (that is, the amount of food an animal can eat over time), but that the size and direction of the effect will be different depending on where they live – meaning that what is good for some is not for others.

We measured how grazing performance for our model species (the yellow-footed hermit crab, Clibanarius virescens) changes with temperature in the lab, showing a non-linear (unimodal) response with a peak at 29.5°C. Applying this to the real-world distribution of our hermit crabs alongside future climate change predictions suggests that overall grazing will increase throughout its Indo-Pacific range that by 2100. This is driven by large increases in sub-tropical and temperate regions that will offset small decreases in the tropics. 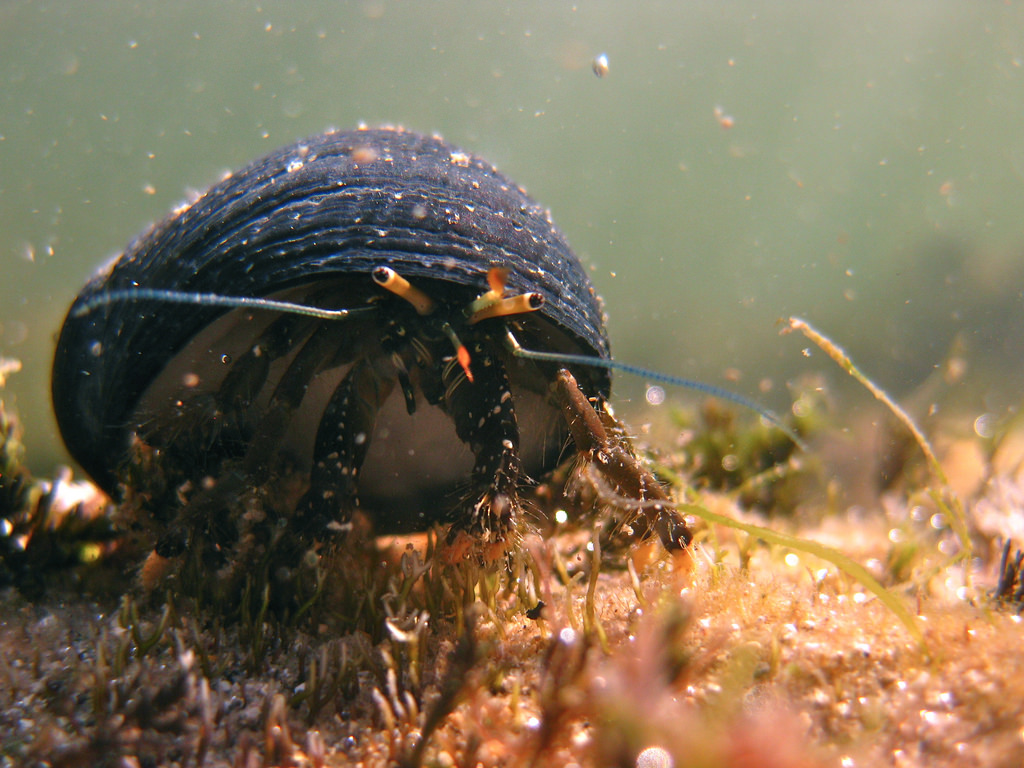 These changes may sound positive overall, but it’s possible that they may trigger dramatic changes to coastal ecosystems, especially if similar asymmetrical shifts occur in other species.

As a general rule, lots of grazing is good for tropical coral reefs, because it limits the ability for algae to out-compete corals for space. However, in algal dominated temperate systems (where we predict large increases in grazing), higher grazing has been shown to trigger dramatic ecosystem collapses that significantly alter reef structure.

Small grazers (such as our hermit crabs) have been shown to exert strong control over plant growth across many shallow-water habitats, but the effect of larger, more mobile grazers is generally expected to be stronger. Larger grazers such as parrotfish, rabbitfish, and urchins have well-established links directly to ecosystem collapses when they have moved into new areas. That said, most tropical dwellers tend to respond to temperature changes in similar ways, suggesting that our hermit crabs may be indicative of much broader patterns.

Therefore, we propose that the asymmetrical nature of the changes we predict has the potential to trigger broad changes to reef structure in both tropical and temperate reefs alike. But further research is needed to firm up our predictions, especially work that aims to tease out the nature and geographic distribution of responses to the interacting effects of multiple stressors in grazing animals